The decision to completely start from scratch when designing the art for sections in your game can be a great process for growth and learning. In this devlog I'm going to discuss the process of redesigning the art for the city zone/level for my game Return and the benefits of iterating on level art.

Above is the original concept for the city level in my game from 2020, the first iteration mingled old and modern architecture. The city in Return is set in the aftermath of countless wars and battles, barley any living inhabitants remain in the city borders. The visual theme I'm aiming for in Return is a blend of fantasy and sci-fi, I think the first version of the city fell out of both categories. It lacked futuristic architecture and that fantasy charm. So, time to start from scratch! 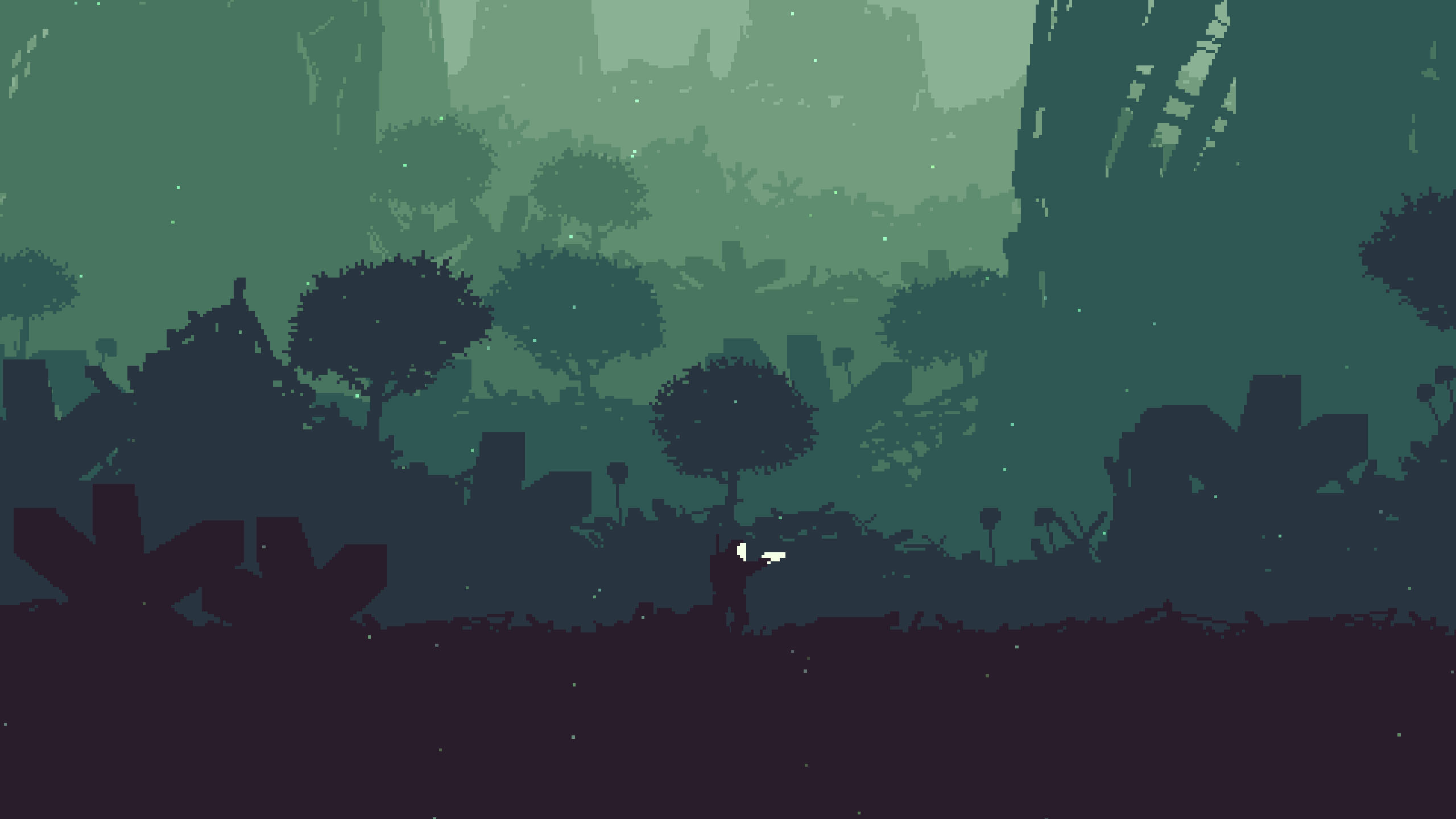 The second version of the city was better and ended up making it into the alpha demo. But it was still missing something, even though it had lot's of depth and the sci-fi vibes, it lacked fine details, it consisted of mostly rubble and ambiguous structures. So, we know now that we need to fine tune details and uniqueness in the next iteration of the city's design. 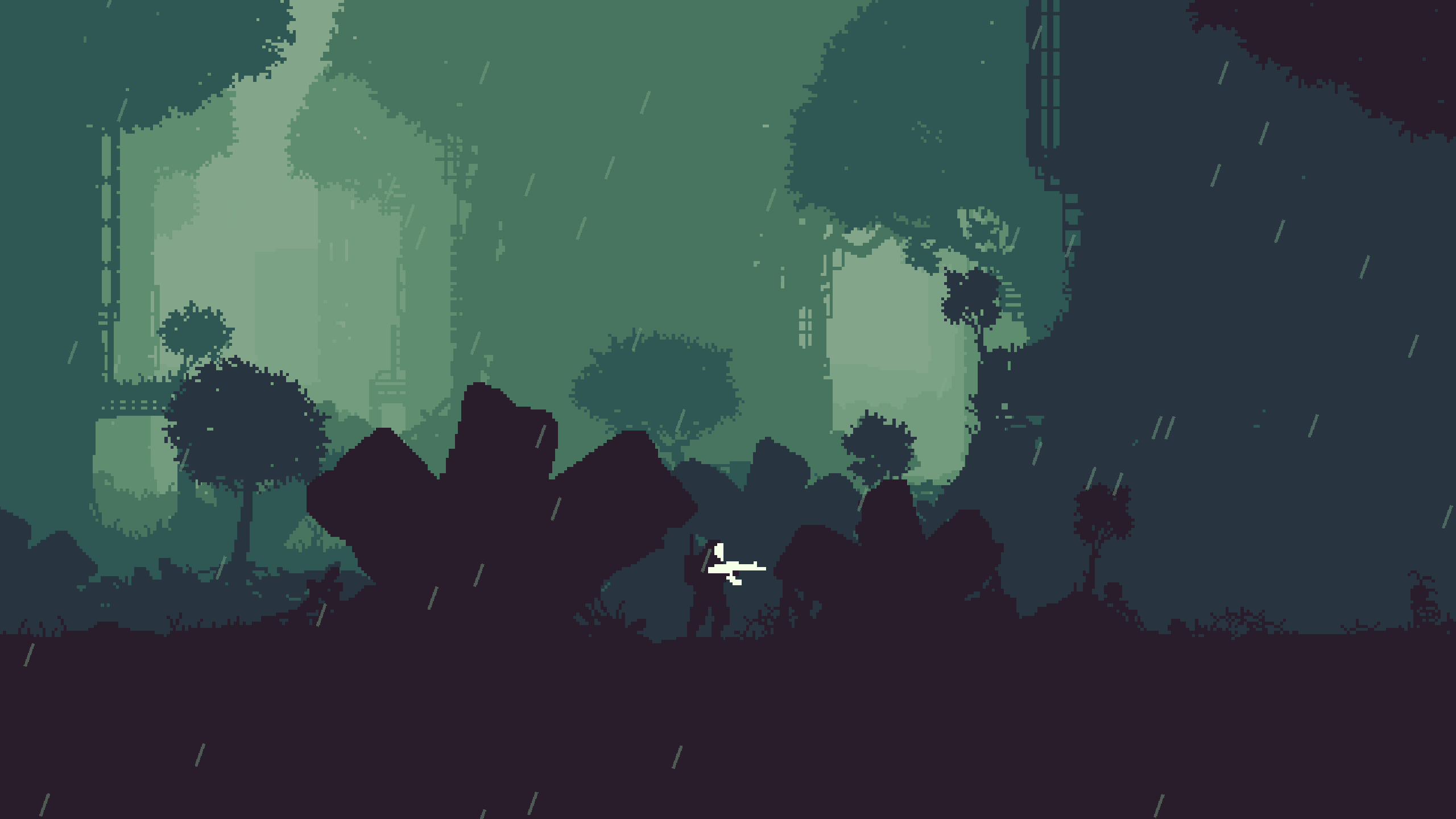 This is version 3 of the city which is also currently the version in the game.  One major piece of feedback I received from the alpha demo was that players got tired of walking around the areas without enemies or things to explore. I wanted this next version of the city to feel like you could never finish exploring it, that every time you looked at the background you could spot a tiny new detail in the buildings. So far I'm very happy with this iteration of the city and it ended up being one my most popular Tweets ever! 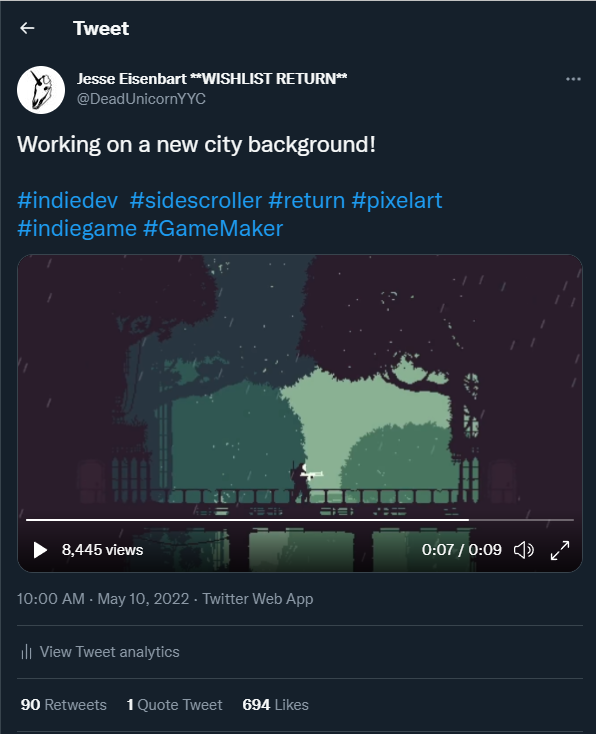 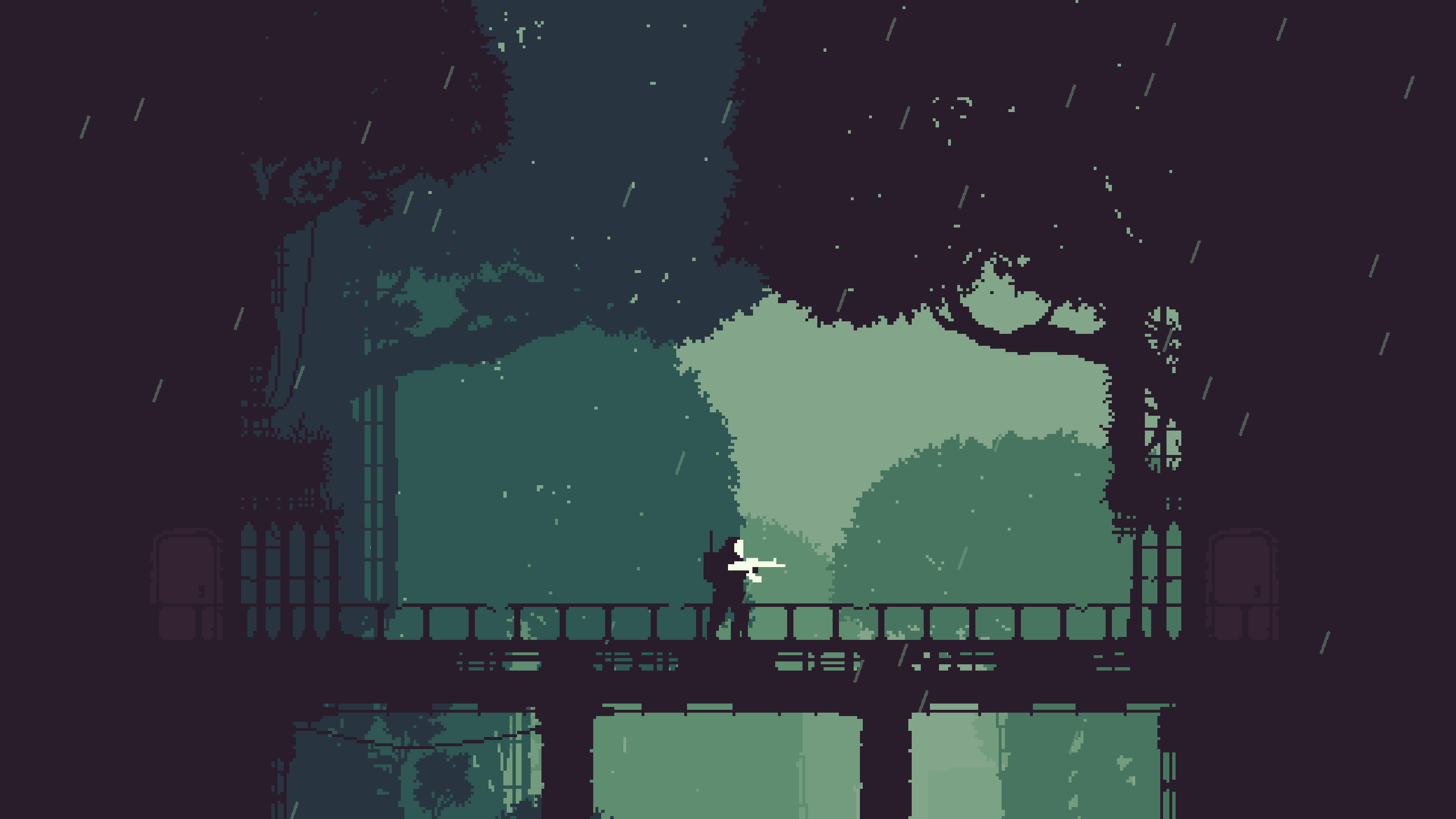 In the end it was a great decision to scrap my old artwork and start again. I learned a lot about what makes good background art for levels and ultimately ended up with a better version of my game. If you find that your game's level art is lacking something, iterating on the design can be a great idea depending on your budget/timeline. It was easy for me because I do all the art/design on my game so I effectively had no budget or time constraints to worry about, but your project may differ. In the end, use your best judgement to iterate on the best experience for your player and design amazing worlds!

Return is currently being developed by Dead Unicorn (aka Jesse Eisenbart) and Jabbu (aka Jake Coyle). The release date is currently unknown but in the meantime make sure to add Return to your Steam Wishlist and play the demo! To get the latest updates be sure to follow me on Twitter and/or Instagram. Be sure to join the official Return Discord server as well for sneak peaks behind the scenes and updates about the game.

Really Love the Art! Never managed to nail this type of style! Hope your development goes ahead smoothly!!