A downloadable game for Windows

Make sure to add Return to your Steam Wishlist. Steam greatly favors games with more wishlists! 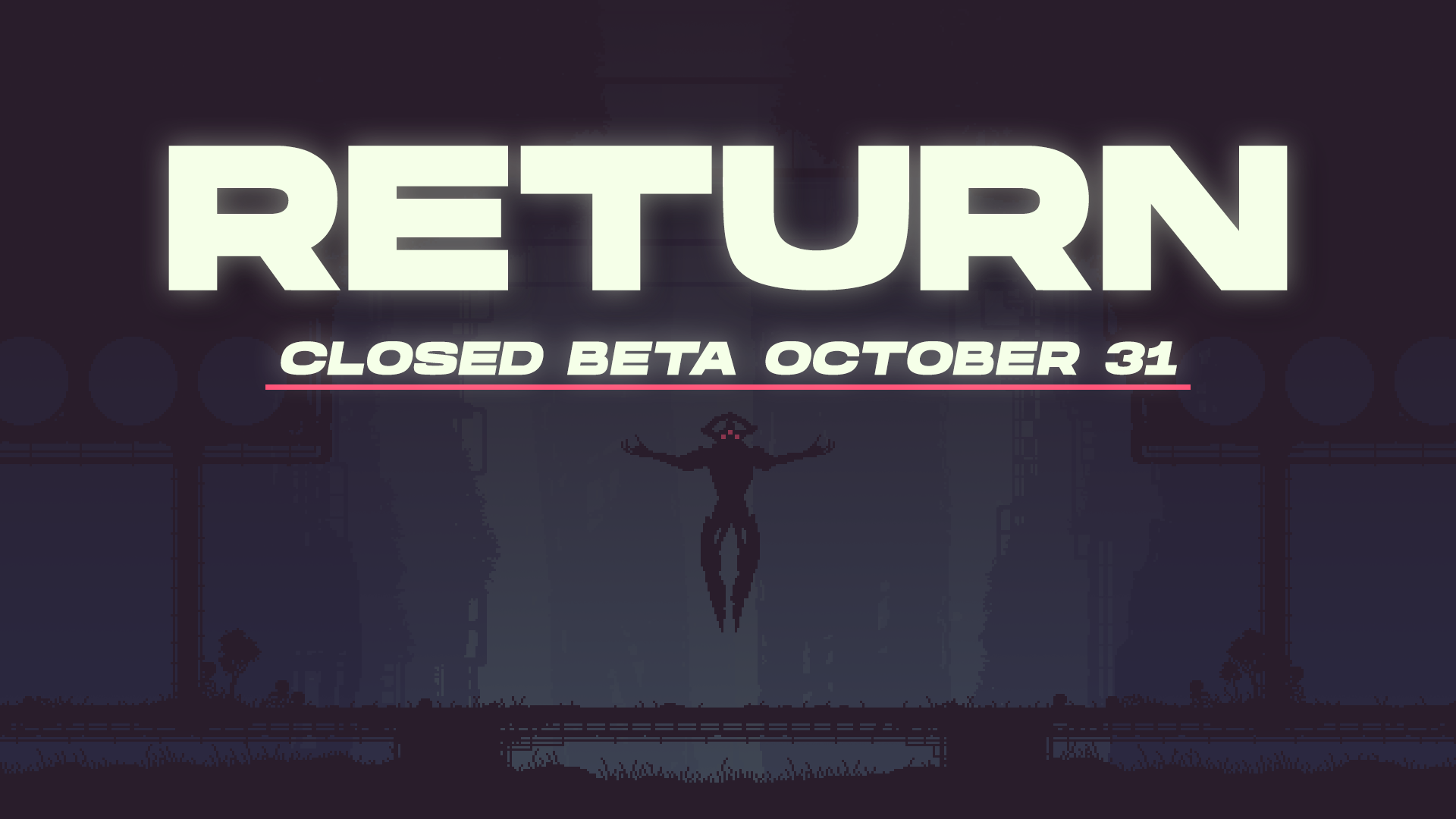 Return is an art driven adventure set in the apocalyptic rebirth of your home planet, where your only hope of survival is to explore the unfamiliar landscape.

The planet's ecosystems are shutting down, natural resources are scarce, chaos and wars rage as remaining inhabitants reach for the stars.

After scraping up enough money for a ship, you leave behind your old life in search of a new one on the colonies. You set the ship to autopilot and prepare for cryo-sleep.

Upon waking up you discover that your ship encountered an error during flight and the autopilot returned home for repairs.

After dozens of years, the horrific storm of events that came to pass has mutated and distorted the planet beyond recognition.

Your only choice to survive is to explore the surrounding landscape and collect parts to repair your ship.

Be sure to join the official Return Discord server with over 600 members for sneak peaks behind the scenes and early updates about the game! 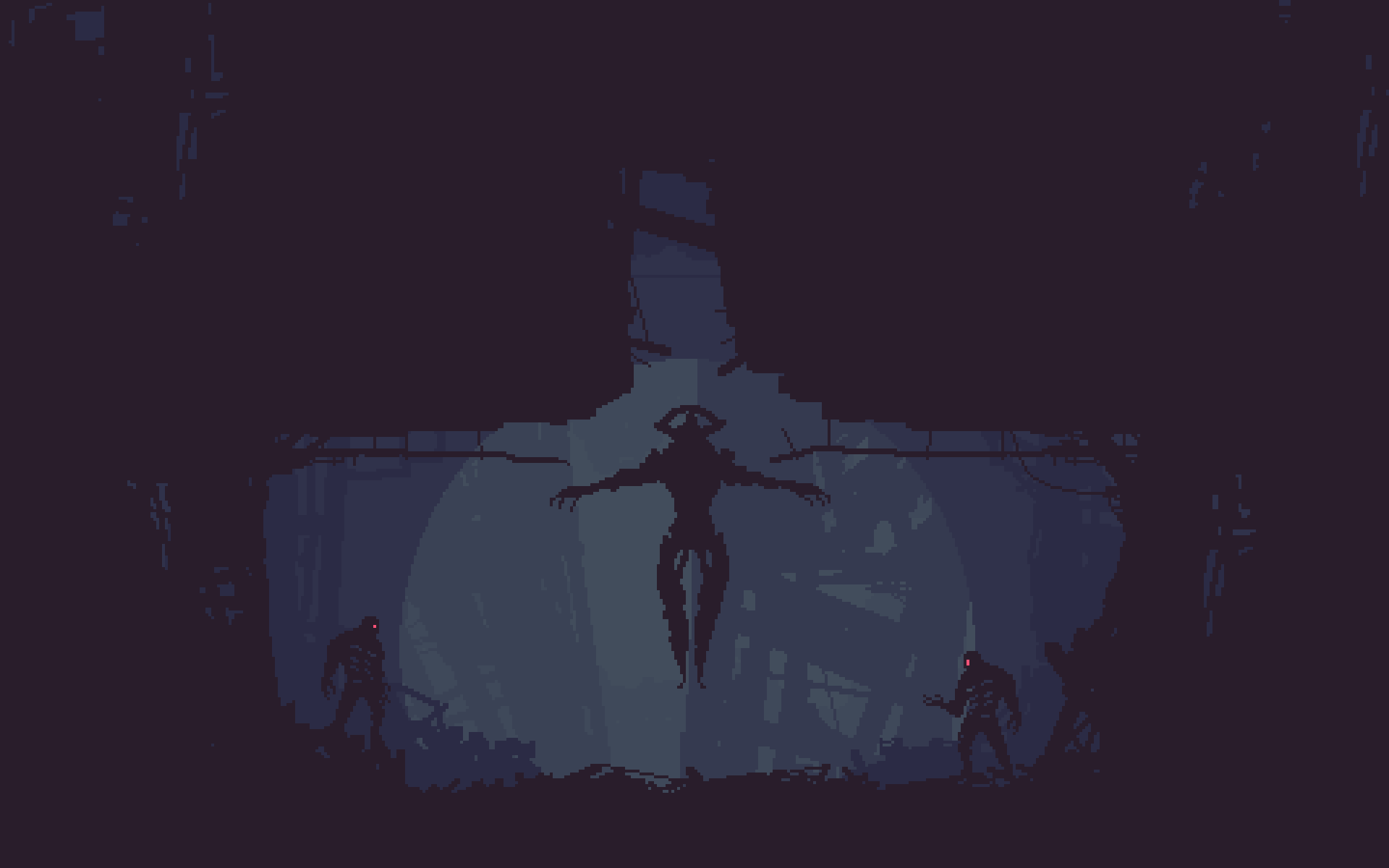 Return is currently being developed by Dead Unicorn and Jabbu. The release date is currently unknown. To get the latest updates be sure to follow me on Twitter and/or Instagram. You can play the original game jam version of Return where it all started, here. Thanks for checking out our game and we can't wait to share all the exciting updates we have planned for it!

Copyright 2022 Jesse Eisenbart This item is not authorized for posting on Steam, except under the Steam account named Dead Unicorn.

I love the art style of this game. saw it on twitter and had to try it and It was a cool experience. the fighting is fun, cant wait for the closed beta!

I really hope you port your game to Linux. Because this looks awesome and i would love to play it some day. Good luck and thanks! :)

I literally came here to say this

Hey, I loved your game, the artwork is awesome and the music and sounds are completely beautiful. You should upgrade a lot of things about the gameplay, I guess, butt in general is a really good game.

Amazing visuals, good gameplay, & a story that I definitely want to uncover. Keep up the awesome work, got another wishlist on Steam. :)

Thank you so much for playing/wishlisting, I'm glad you enjoyed!

Hey, I played your game some time ago on my stream and I really enjoyed it! I got both endings, was pretty cool. I wish I was able to fight the ending 1 robot though, it looked cool. The artwork in the game is super nice, the music sets the mood very well. Love the story and the gameplay! I got lost at certain parts, like reaching the second floor of the building in the city, but it wasn't too bad at all!

Hope you keep working on this game and others like it!

Reply
Ryberus340 days ago
I AM SNAIL LORD!!!
Reply
shuhnanaganon363 days ago (1 edit)

I'm really really excited for this game. Thanks Dead Unicorn and Jabbu for working on it!

Love the artstyle and atmosphere.

Awsome game I really recommend it. I really like the art style, the story, and the combat.

Return was fun! I enjoyed it. I got lost and am kinda lost still but I enjoy the combat and the art style! Thank you so much for your game.

A little about myself. I’m Yung MuShu! I’m a content creator with a primary focus on everything indie and itch.io on YouTube and a variety streamer on Twitch. If you enjoyed the video please hit like or even drop a sub/follow!

Looks cool, hope will have a mac version.

A beautiful game with really smooth controls! The limited color palette works with it, and using the tiny bits of white to draw attention to important things is a fantastic idea. Also the controls! It's rare to have such ease with a keyboard with side scrollers, so this is extremely impressive! The i-frames on the roll move are very forgiving and made gameplay very smooth and easy to get into. Can't wait to try out the full version!

Incredible in every way!! Wow! Love the mood. What software are you using to build it?

Great atmosphere! Love the storyline as well. It's going to be a great game when it releases!

Thank you for playing!

a wonderful game, the graphics are amazing, the game is easy to learn, the sound effects are pretty good  these games are extremely beautiful, and cool to play

(i'm sorry for my bad english)

Are you a chinese guy? Looks like we chinese

i'm not chinese, i am a lot of think but for resume : Je parle que le francais

First, take the control from the player when entering a new area. It feels weird controlling the player while switching the area. Then, there is the roll sound effect. It sounds like I'm hitting something with my sword, not as I'm rolling on the ground. If there are some mistakes in my English, I'm sorry, I'm just a 12 year old from germany and I'm too lazy for using a translator. Anyways, Cool game, it was a really fun expirience playing through it, and, yeah... That's it. Cool game!

Don't worry, your English is pretty good! It's awesome that at such a young age you speak it pretty good AND are able to objectively give feedback to a game's developer. Good work! You're great!

Well, I just like spreading good vibes all around. :)

That's just awesome, the world needs more people like you.

Reply
Glitchbear1 year ago(+1)
This is such an awesome game and I enjoyed it so much, I can't wait for the full version for the release!^^
Reply
Skysurfer_Kon1 year ago(+1)

it was a cool experience

it has a strong lore , really cool looking graphics and an amzing ambience

but i think the gameplay is too slow , not the fights because they are cool, but just walking is really slow and the map is big, so it's a little bit annoying to explore

why can't I claim this game?

I think learning the controls are challenging and that it should be made clearer what does what. Adding a mouse cursor for the menus would help a lot, as it took me a minute to figure out that I just use the keyboard. Other than the controls I think the minimalistic art style of the game is amazing. Keep up the great work!

Reply
Infrareys1 year ago(+2)
Thought it was a great game, but personally thought there were some improvements to be made. Can't wait for the full game release! Thanks for watching :)
Reply
Dead Unicorn1 year ago(+1)

Thank you for playing and making a video!!

Thanks for checking out the video! I can't wait for the full game :)

What a neat game! It had some really cool atmosphere, and exploring the world just felt really fun. I love when games just throw you in. I also never knew snails could move that fast! Props to the developers, onto the wishlist it goes!

Thank you! Glad you enjoyed :)

Brilliant game! The art's amazing, it feels polished (even though it isn't complete), and it's what I would want think a perfect survival game.

What button the enter the level? Enter? E? I don't how to enter a level

i loved this game and its art style too, but the game is slow for some reason if you like the thumbnail you can message me

This game looks incredibly promising. I was a bit confused by the password protected computer thing tho, and didn't know how to get into my inventory at first, so maybe mention the inventory in the tutorial? The rolling reminded me of dark souls which I love. Being able to dodge through enemies saved me a lot of deaths with those underground golems. A crafting mechanic allowing players to craft bullets, etc, and an alchemy system allowing us to make potions would be super cool too. Or just a way to get more health potions would be nice lol. I could Imagine myself playing this game for hours if it were complete. Great work!

P.S. How can I donate to you? I wanna support the project.

Thank you for playing and leaving feedback! If you're interested in supporting the game you can donate directly on this page!

Got an error while playing.  Can't quite remember what I was doing, was quite late.  Hope this may be helpful :) 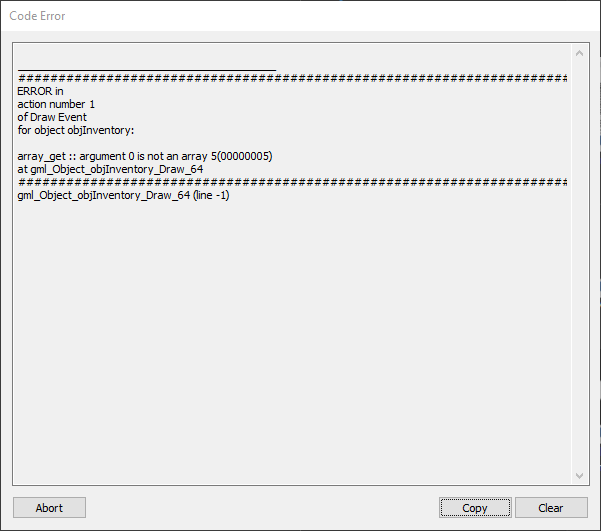 I enjoyed what's happenin' so far. Keep up the good work!

I liked the game! I have to admit, it took me a few resets to know how to do everything - mostly because I didn't see that you could pull up a menu with tab lol. I agree with others though, the running is a bit too slow, even though I like the stamina potion mechanic too. I'm really looking forward to playing this when it gets released!

was it really slow? cuz i thought it was just me lol, but great game!

Hii, I've made a video about the game and wanted to share some feedback about it, hopefully it is useful for the development ^^

-The concept of the game, and the "universe" presented it's interesting.

-The gameplay mechanics are REALLY solid for the stage of development the game is on. They are well implemented and fun as a base for the implementation and improvement of new mechanics, the only thing that felt """Bad""" was the combat mechanics as it felt simple and repetitive sometimes.

-The visual style of the game it's really eye catching from the first second.

In conclusion, the idea is great and I hope you keep working on it. Hopefully this is useful for the development :D, also if you could subscribe that would help me a lot :)

That Steam description is for the full release, the next version will have full controller support.

Awesome! Thanks for the reponse!

Of course! Love the pfp btw! 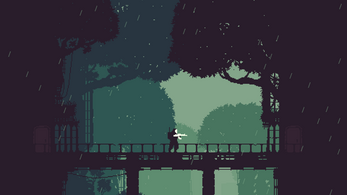 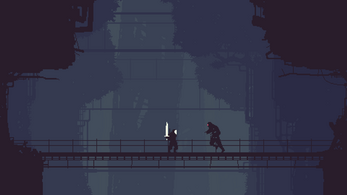 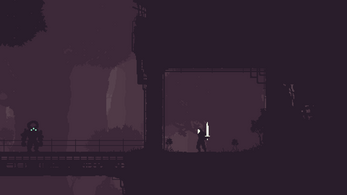 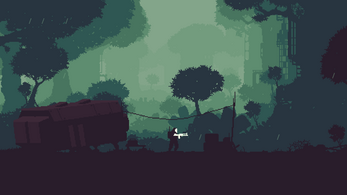 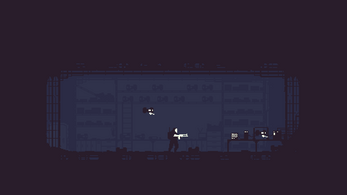 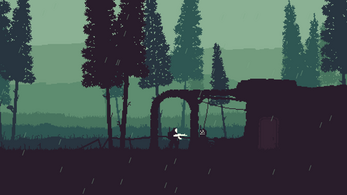 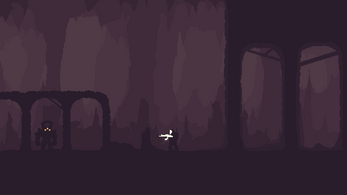